All You Wanted To Know About Bruxism

All You Wanted To Know About Bruxism 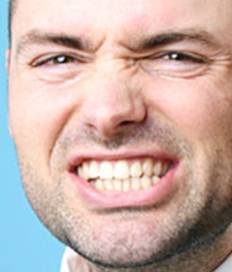 Affecting around 10-50% of the population, bruxism or teeth grinding is defined as the clenching of upper and lower jaws along with grinding of both sets of teeth. Here is all you wanted to know about Bruxism.

The sufferer grinds his teeth without actually realizing that he’s affected by the condition at a subconscious level. In most cases, the affected individual comes to know about the problem from others.

As mentioned earlier, Bruxism occurs mostly while the affected person is asleep. The clenching of jaws and the biting force is much more powerful than during the waking hours, resulting in severe damage to the cheeks, gums or other structures of the mouth.

Does it affect children?

Bruxism is a common occurrence in childhood. Children grind their teeth to get rid of the discomfort caused by other diseases like allergies, colds or ear infections. This phenomenon usually does not produce much damage and wears off as the child grows up.

The exact mechanism of the cause of bruxism is not fully understood. However, it is believed that STRESS is the main culprit behind this condition.

What are the signs?

Grinding of the teeth and forceful clenching of the jaws exerts pressure on muscles and tissues around the jaws, leading to problems of the temporomandibular (jaw) joint.

Loud grinding sounds can disturb the sleep of the partner.

The most common signs of teeth grinding are: